I am part of the international network of CNVC trainers in Center for Nonviolent Communication (CNVC) and I offer workshops all over the world.

Through this network I get many exciting assignments, and have personal contacts and friends in many countries. I can often establish connections for people who work with Nonviolent Communication and peace-making projects in large parts of the world.

The work on communication and conflict management supports the UN’s 17 world goals and contributes to the peace and healing that is a prerequisite for the work to change the course towards sustainable development on the planet.

Every summer a European NVC Summer Festival is held. The tradition started in Denmark in 2004 at Rosenlund courses, where approx. 90 people from many countries met for a week of inspiration and sharing of NVC experiences.

In December 2014 I offered a 7 day NVC training in Nepal with four NVC colleagues organized by Jeannine Suurmond and the organization Pro Public. The purpose of the workshop was to heal traumas from the Civil War and to create peace and reconciliation between victims and former combatants through Nonviolent Communication.

A documentary was made about this workshop “Healing and Reconciliation through Nonviolent Communication” and shows how NVC training help both victims and former combatants to heal the Civil War traumas. See below. 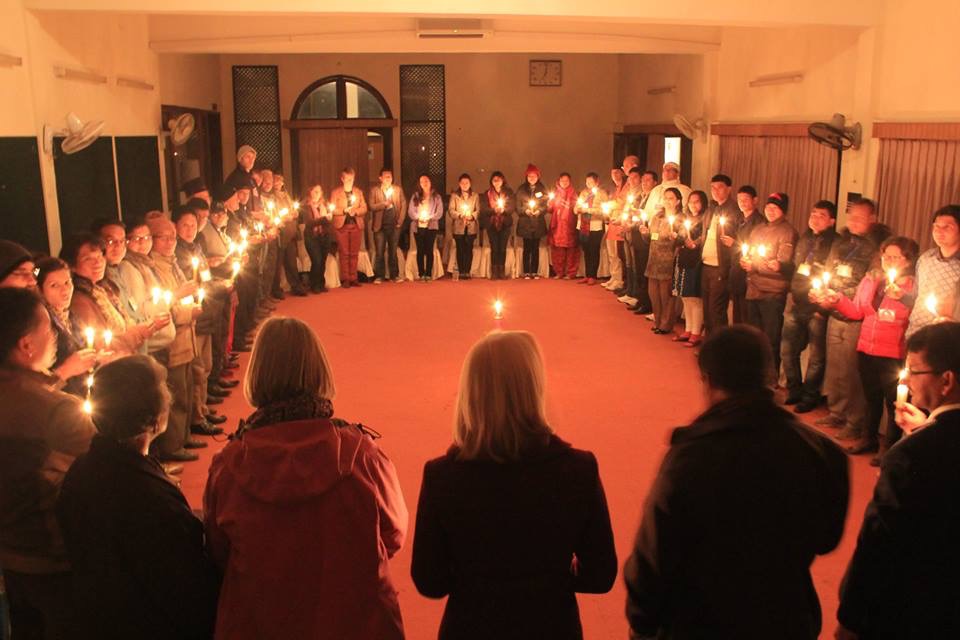 In January 2016 I returned to Nepal to offer Nepalese peacemakers NVC training so they are equipped to support the locals in their healing after the several earthquakes in 2015.

Supporting the peace process in Nepal with Nonviolent Communication Training and Restorative Dialogue. A documentary.

Raamro Aakha Ma - In the Eyes of the Good (english)

This documentary tells the story of former Maoist combatants, conflict victims, and government officials engaging in a restorative dialogue, following the aftermath of the 10-year armed conflict in Nepal. It shows what can happen when people are able to connect with one another across divides, beyond fear, stereotypes, and enemy images. The Nonviolent Communication training including the restorative dialogue, was organized by ZFD peacebuilding advisor Jeannine Suurmond, together with partner organization Pro Public. The goal was to offer those involved with the transitional justice process in Nepal an opportunity to experience a restorative dialogue first hand. The documentary was produced in order to support the various parties to the formal Truth and Reconciliation process in Nepal and to raise awareness about Nonviolent Communication and restorative dialogue as tools for healing, reconciliation, and justice. Hear the film director speak about it here.

Book Kirsten for an event. Contact us and hear more.

I offer presentations on Nonviolent Communication (NVC) in practice. The areas of application range from the living room to the board meeting and from the classroom to the war zone.